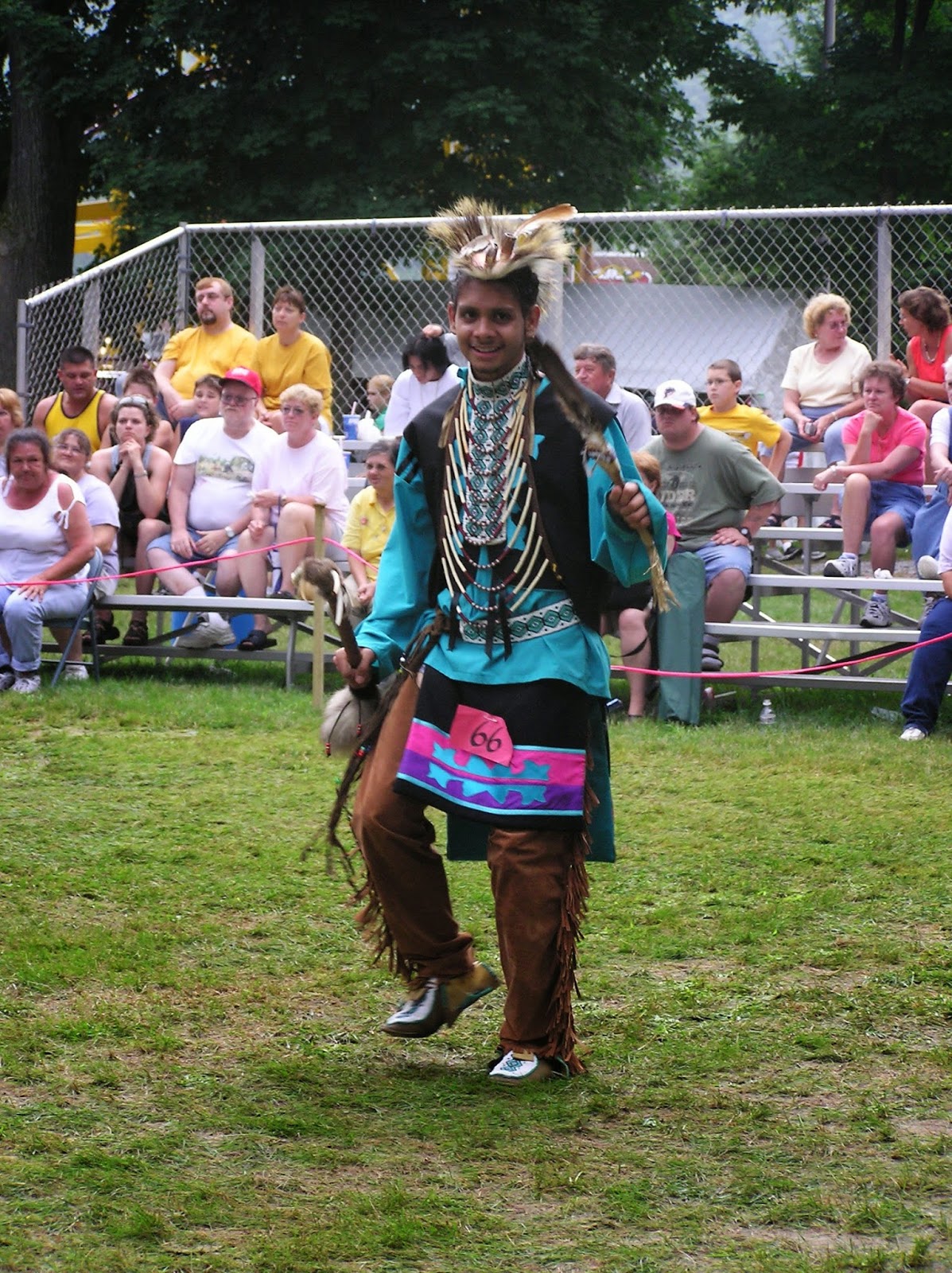 The Tribe is so honored to be the first recipient of this memorial fund and scholarship program for our Native American students.  Collaborations like this help dreams come true and allow our students to expand their desires in education.

Many of these students have a difficult time paying their way through college. Accruing enough funds to turn a collegiate dream into reality isn’t easy but this one act of kindness is certainly doing its part to ease the financial burden.

Countless people of have lost sight of the important contributions Native People have made – and are making – to our culture and our economy. Their continued contributions are critical to our country’s success.

Interested students must complete the Application and mail no later than May 22, 2015 to be considered.  Awards will be announced at the annual powwow on Sunday, June, 14th, 2015. 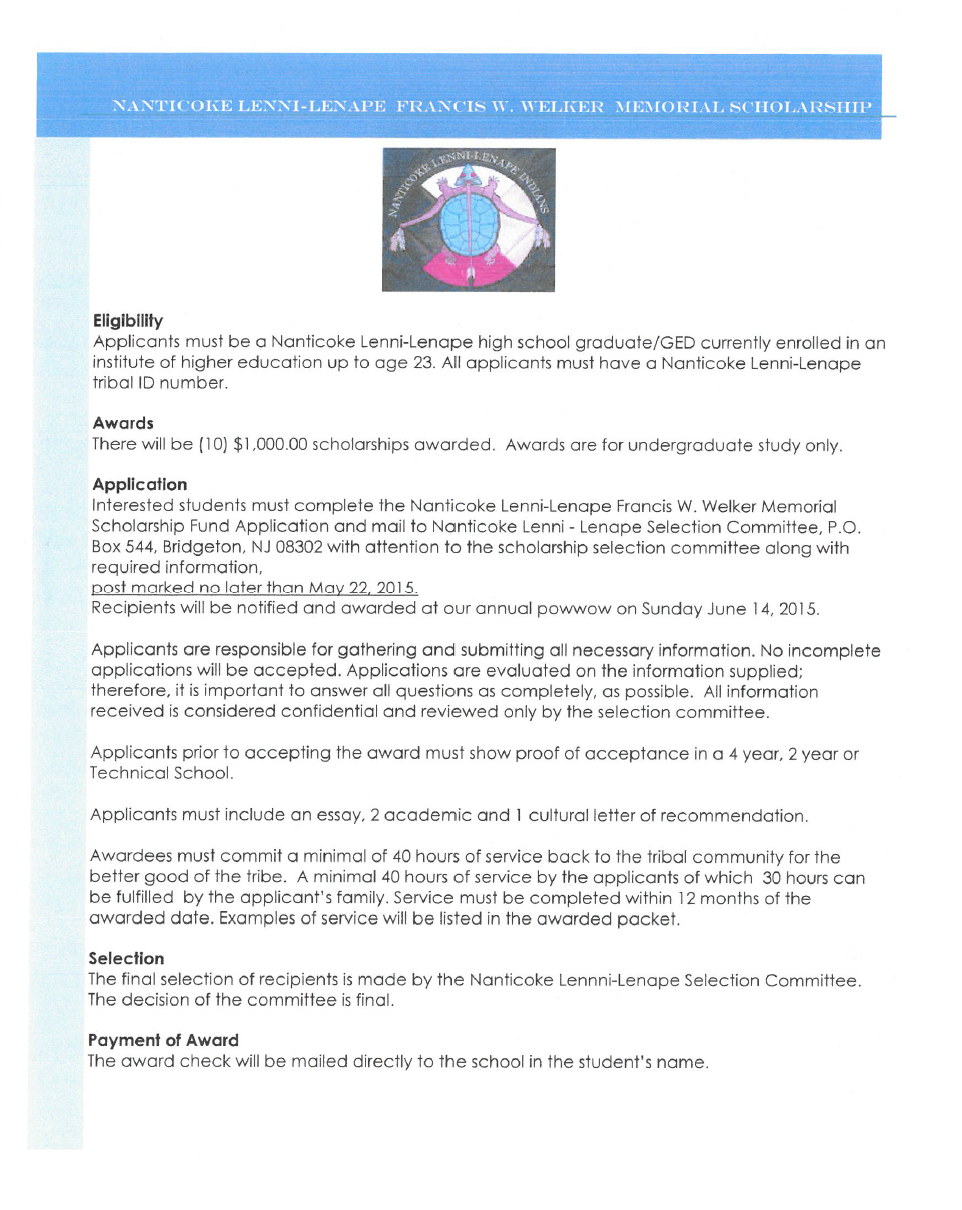 Francis W Welker born January 26, 1919, died May 7, 2014.  Mr. Welker donated these funds in honor of his immigrant ancestors who were assisted and survived because of local Lenape People.

The Nanticoke Lenni-Lenape Tribal Nation is the northernmost of three interrelated tribes of the area of the Delaware Bay.  We are a made up of the American Indian families from southern New Jersey and the Delmarva Peninsula who remained in our ancestral homeland after many of our relations were removed to the west and to the north as far as Oklahoma and Canada.  Centuries ago, our Lenape and Nanticoke ancestors were among those locally referred to as “Cohansies,” “The Indians of Cohansey Bridge,” Alloways,” “Little Siconese,” among other names. Source: http://nanticoke-lenapetribalnation.org/about/